Hey guys, found out some other site's been taking my article wholesale, so be a sport and bookmark the original site - http://everythinggoeshere.blogspot.sg

There's a bit of Kevin in all of us, and with the Yonex Astrox 88 Skill, we get a chance to take one step closer to playing a fast and furious game of badminton.

Because the Astrox 77 didn't make that much of an impact on me, the thought of starting on the 88 didn't really appeal to me. The racket didn't really contain any new technology except the slightly increased length, and the frame shape reminded me of the first generation isometric rackets that Yonex introduced back in the 80s.

So when the time came to try it (honestly I can't really stand not buying a new racket for too long) I was pleasantly surprised by the level of game that this racket allowed me to play at. The racket is really quick, a large portion due to the shorter racket handle that it's equipped with.

I came on the court blazing, and after a prolonged period of testing and playing (and also due to tardiness), I present to you the review of the Yonex Astrox 88 Skill in 4U.

Note: This is a review of my experience after using the racket for a few sessions. I am by no means a professional player, and so you should take my judgment with a pinch of salt. I welcome comments of any sorts.

Defense
There are only a few rackets that feel as good on the defense as this guy. The Astrox 88S grants you complete control of the defensive shots, and with plenty of time to boot. The speed at which you can approach the defensive shot allows you to practically turn the racket head in any direction that fits your skill level.

Counter drives are a pleasure to throw off, and blocks to the net come off with finesse. Even my weak lifts are given a little more distance.

Attack
You'd expect a 4U racket performing fairly in this category, and you'd be somewhat correct. While the racket won't fare as well as the usual culprits like the Voltrix, you will get a satisfactory amount of power coming off the racket. Especially so when you're pulling off a quick smash from the wrist.

One particular shot that has a lot of power and speed with this racket is the forehand drive. Whipping the shuttle from my right diagonally across the entire court happens to be one of my favorite shots, and this racket makes it so addictive to pull off.

And when you combine the power with the level of control this racket gives, the Yonex Astrox 88 Skill is one force to be reckoned with.

Control
This has to be the main highlight of the racket - extreme control. The Yonex Astrox 88 Skill allowed me to hit every corner of the court with ease, be it forehand or backhand, lift or clear, smash or drive.

Placement and control at the net were also out of this world. I struggle to think of any racket that feels as much as an extension of my hand as the AX88S does. With this racket in my control, I'm quite confident to try any funny shots my wacky brain can come up with.

Looks
The racket is paired with the Yonex Astrox 88 Dominate, with the two coming off in complementary colors or red and green. The Skill variation has a green head and red shaft. Overall not the best I've seen, but the pairing looks cool if your doubles partner has the other one. 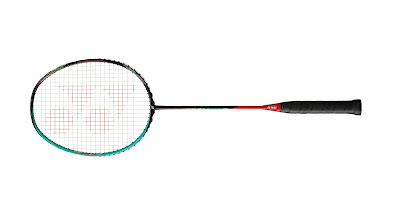